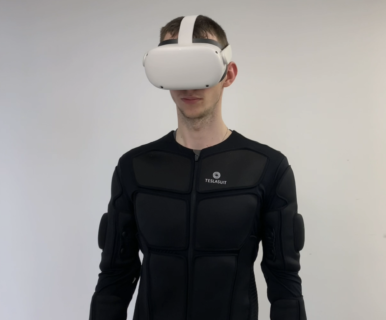 Challenge: In recent years, exploring space has become a trending topic again. Various private organizations such as SpaceX, Blue Origin, or Virgin Galactic and government organizations from the USA, China, India, Europe, or Russia compete for supremacy in space. Besides the exploration of new dimensions, this trend paths the way for innovations that will also change our life on earth. For example, an increasing number of satellites orbiting our earth, offer new possibilities for earth observation and high-speed internet anywhere on earth. This offers new challenges and opportunities, which can be tackled with approaches from game design and gamification. Thus, the task of this semester’s course on Designing Gamified Systems was to:

Design an innovative game or gamification approach in which gaming, space technology and mobility meets in order to either A) improving life on earth or B) improving life in space.

The interest in space is constantly increasing: From space agencies planning longer projects, such as NASAs’ Artemis mission, to private companies such as SpaceX planning to put humans on Mars. Overall, the private sector of space tourism is projected to reach a total of US$1.7 Billion by 2027. The market will expand much further in the future, with long-term missions becoming increasingly frequent.
Yet these long-term missions pose significant strains on both the human body and the mind. First among them is the deterioration of muscles, muscle atrophy, and the cardiovascular system through microgravity. These effects are so severe that even short missions (< 30 days) can cause a muscle volume loss of 5.5 to 15.9 percent. In order to combat these effects, most space agencies employ in-flight exercises of about 2.5 hours six days a week. Secondly, space missions represent the “perfect boring situation” and can invoke mental health issues.
Our VR solution addresses both aspects equally, as it gamifies the required exercise to avoid physical consequences, as well as challenge the players mentally and provides opportunities for experiencing social relatedness. For this, it uses both state-of-the-art VR equipment, as well as a Teslasuit, to not only make the experience feel even more immersive through haptic feedback, as well as the possibility to enhance training effects. The main game consists of resource collection during the exercise and a base-building type game in the phases between workouts. Both take place in VR.
In order to overcome the dullness of the monotonous environment, the game features a story putting the players in a scenario in 2075, where Mars has been colonized, and it is now their shared mission to defend and extend the colony. However, players need to collect resources through exercise to repair and build further modules, which is conducted within the VR game.
In the story mode, they are guided through their exercise by story-related messages, collecting resources while traversing the base and the landscapes of Mars. As voluntariness represents an important point in the acceptance of gamified approaches, however, players also have the option to avoid the story. While exercising, they collect resources by swiping them to the side with their controller. From the collected resources they then have the possibility to build three different types of buildings: (1) shelter domes, which set the defense for the whole colony, (2) windmills, which produce electricity for the colony, (3) greenhouses, which produce oxygen. To increase complexity, create fun, and challenge players mentally, the electricity and oxygen stats must match the shelter, or the colony will be dysfunctional, and the defense will receive a debuff. Players will have to ready their bases for increasingly difficult challenges, such as further alien attacks, sand storms, and similar difficulties that life on Mars would bring. This aims to create a long-time engagement in the player, relying on the immersion and social interaction between the crewmates of the space mission to defend their shared colony.

We use a Teslasuit, a smart textile two-piece full bodysuit, to make the experience immersive and interactive. The suit provides haptic feedback, captures motion and biometric functions. Further, a full-body haptic feedback system is built into the suit with 80 electrostimulation channels, which could be used to provide instant feedback on the players’ performance within the game. It can be functionalized in response to motion capture comparison at any time. No additional equipment will be need. The approach may be used with existing training equipment in space stations such as the ISS.