Challenge: Video gaming is on a fast-track to becoming olympic! In 2021 the IOC surprisingly hosted an eSports event as a pre-event of the Olympic Games in Japan and the 19th Asian Games 2022 in Hangzhou will be the first olympic event in which both eSports and sports athletes can receive gold medals in their disciplines. This inspired us. In cooperation with Mercedes-Benz we gave students participating in the lecture Designing Gamified Systems the challenge to:

Design an innovative game or gamification approach in which sports, gaming, and mobility meet as part of an unforgettable mixed-reality experience for potential visitors of the 2022 Olympic Asian Games in China, Hangzhou.

Three project teams worked on this challenge and developed impressive concepts and prototypes within 2 months which were then presented to executives of Mercedes-Benz AG, Daimler AG and MBition GmbH.

TogethAR − A Gamified App for the Asian Games 2022

Abstract: While both the UEFA Euro 2020 and the Olympic Games 2021 in Tokyo occurred under peculiar and extraordinary circumstances due to the current state of the world, the Asian Games 2022 in Hangzhou will hopefully be one of the first big post-pandemic sporting event that allows visitors from all over the world to come together again. To highlight and celebrate the reunion, this gamified approach to a visitor’s guide to the Asian Games engages visitors to contribute to the Olympic spirit by collaborating on a joint artistic symbol of respect, peace, and pluralism in an Augmented Reality (AR) approach while traveling through Hangzhou. The project vision included turning the spectators into active contributors by enabling them to digitally draw on the event venues, which act as canvases for virtual graffiti, sketches, and drawings. Over the course of the Asian Games, the city of Hangzhou would become increasingly colorful, visualizing the collaboration, cooperation, and competition of a diverse userbase that is united in a common goal. The app TogethARrealized this vision by implementing a detailed and comprehensive concept that is based on self-determination theory and the satisfaction of the three basic needs of autonomy, competence, and relatedness. After extensive research on the target audience, representative personas were created whose motivators form the basis for the app’s design. To cater to their wants and needs, the app incorporates a wide variety of game dynamics, mechanics, and components, ranging from social interaction over challenges and competition up to achievements and resources. Up until now, the project stages of preparation, analysis, ideation, and design have been successfully completed. Additionally, a first Minimum Viable Product (MVP) has been implemented and a comprehensive clickable high-fidelity prototype has been created and utilized for early user testing. The next steps of the project therefore consist of further developing, testing, and evaluating the running MVP. 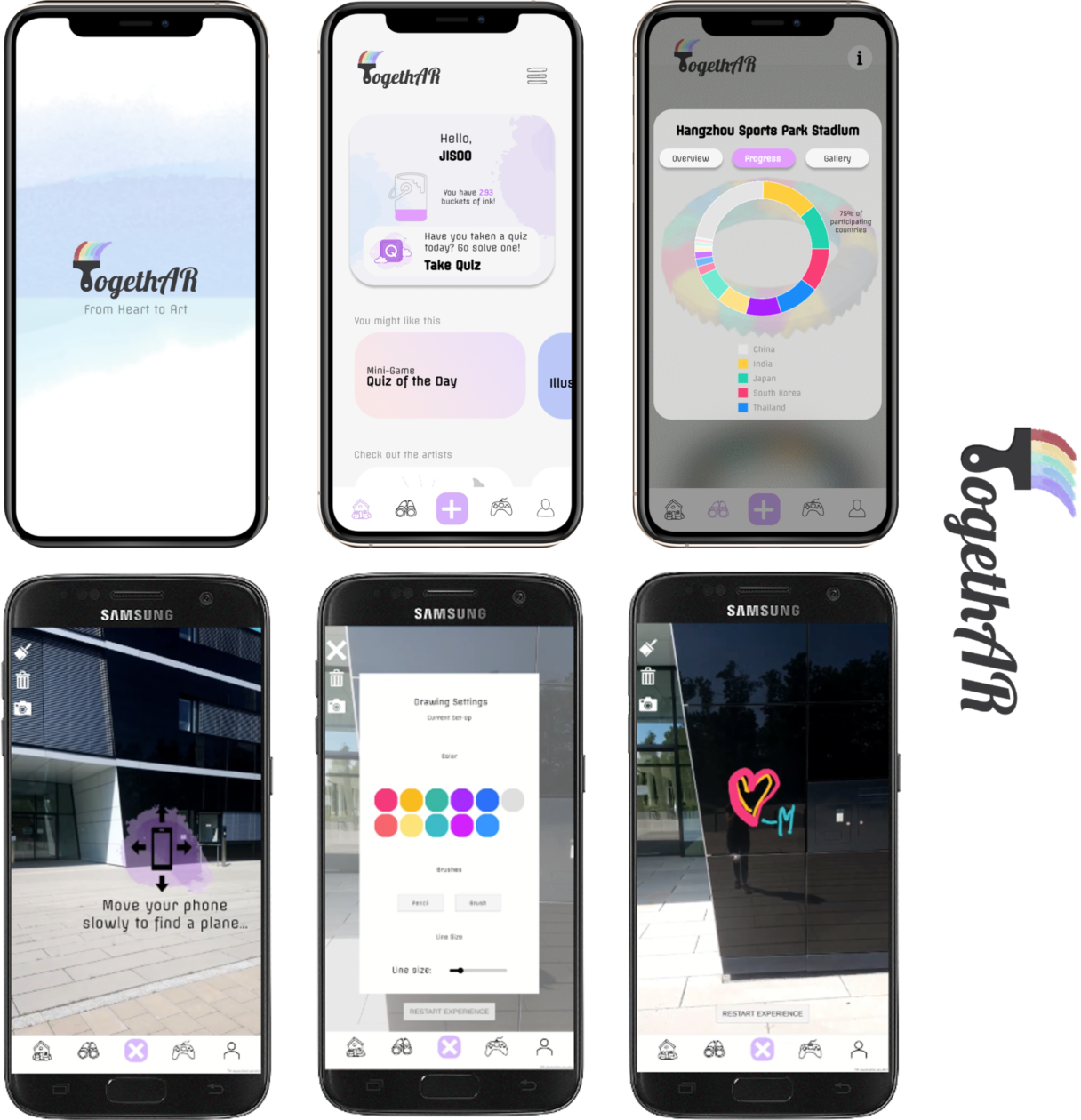